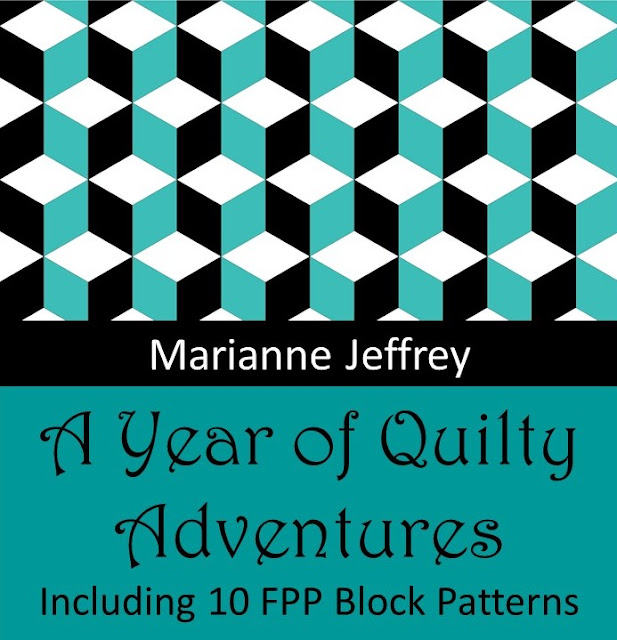 I have been working on a 2nd edition draft of my AYQC book.

The new edition called A Year of Quilty Adventures includes 10 FPP block patterns in the newly added appendix. It's available NOW on Amazon.

From the moment I started uploading my progress this year people were asking about block designs I have used for specific tasks! Remember this quilt: 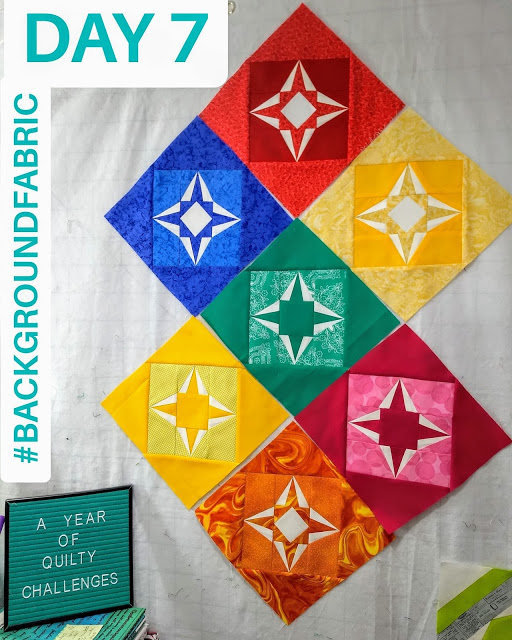 It was hugely popular! 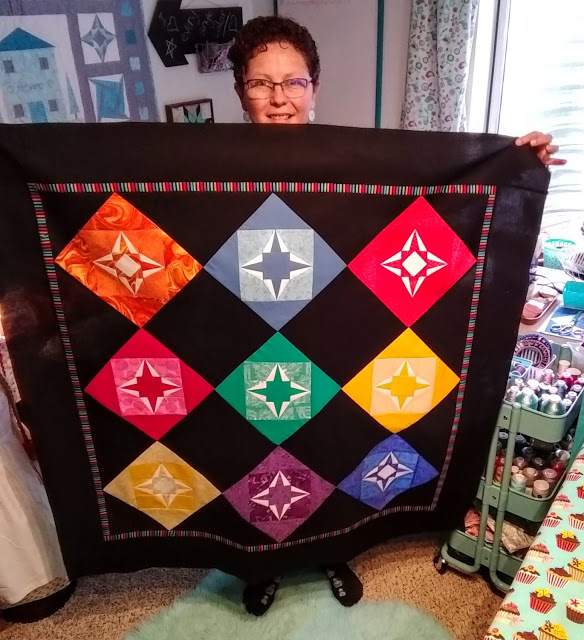 The basic block design first appeared in my 2015 BOM Scrappy Adventures.
For the quilt above I set them on point with black spacing squares.

This block is one of the 10 FPP blocks I have included in the 2nd edition's new appendix :) 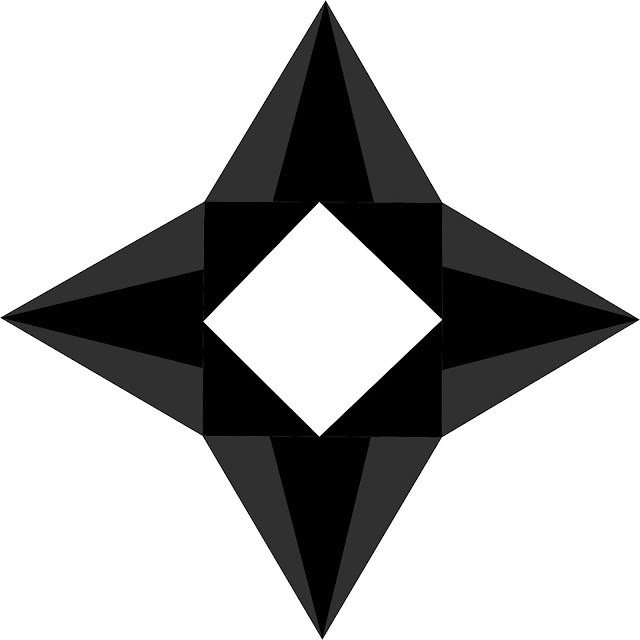 So if you liked the idea of the AYQC but wanted some FPP patterns included in the book...
They are now included YAY

To all my followers thanks for the positive feedback and encouragement on this book!
at May 08, 2019
Email ThisBlogThis!Share to TwitterShare to FacebookShare to Pinterest
Newer Post Older Post Home 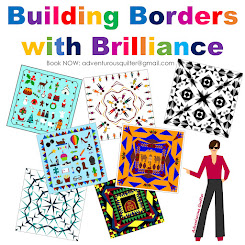 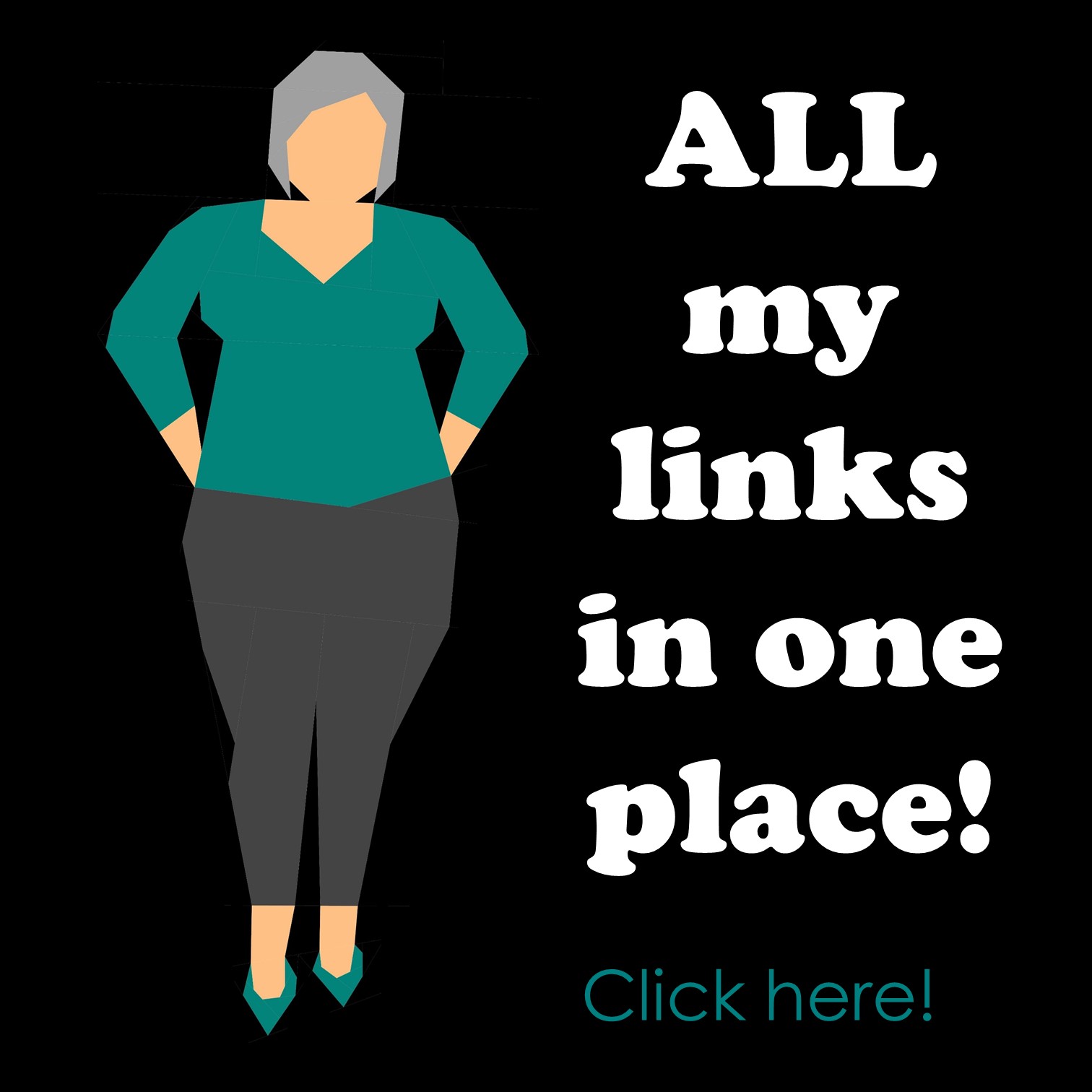 Listen to my sewing podcasts! 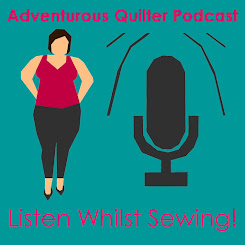 Buy my books on Amazon 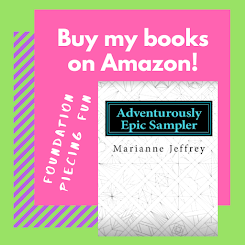 Click on this button be directed to my books! 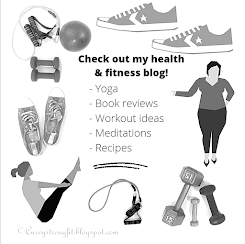 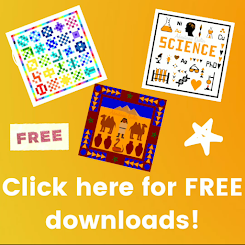 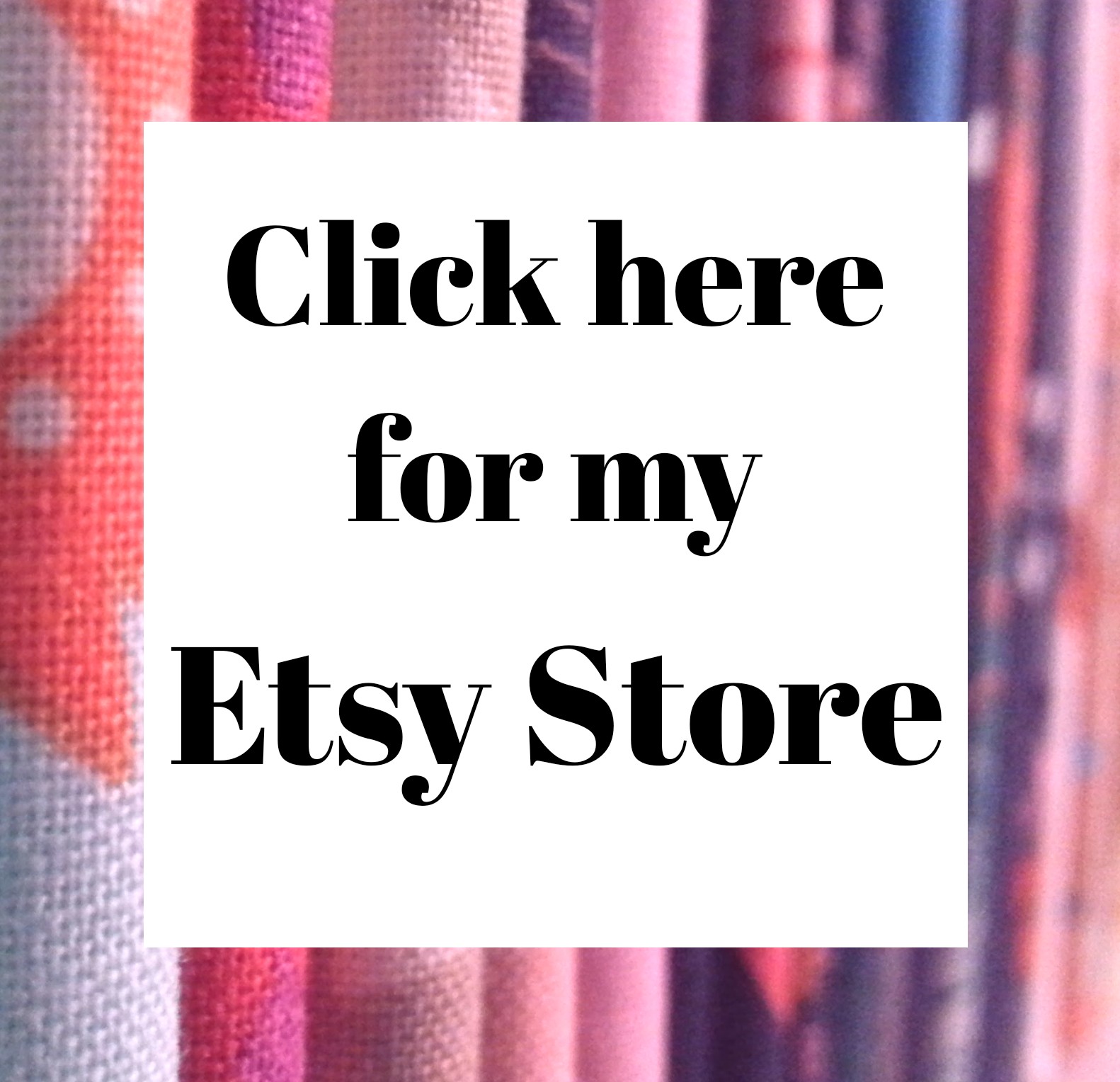 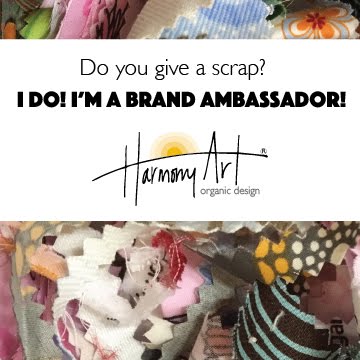 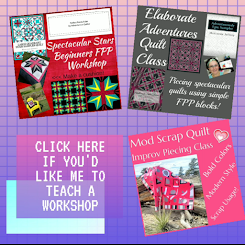 Quilters please feel free to use the email link further down my sidebar to send me comments about my content. 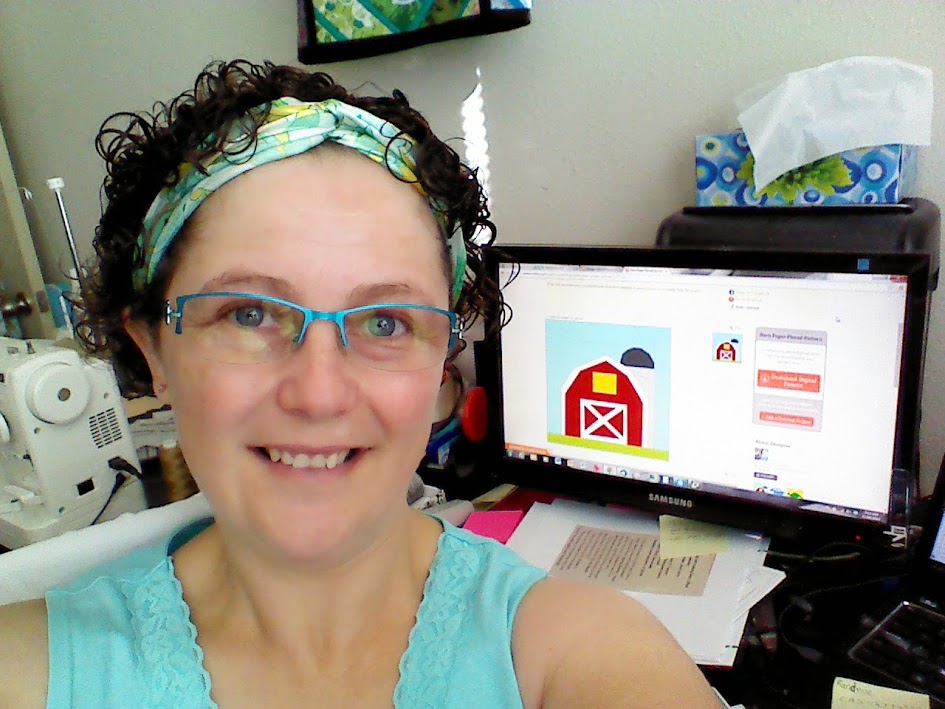 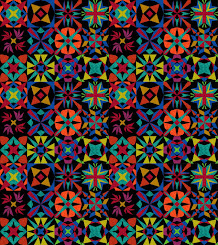 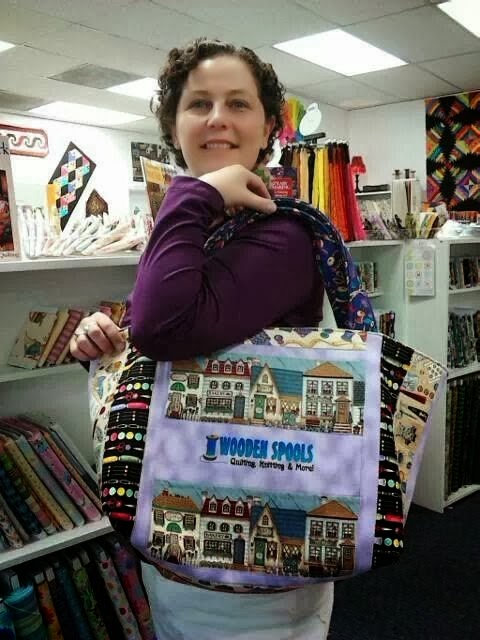